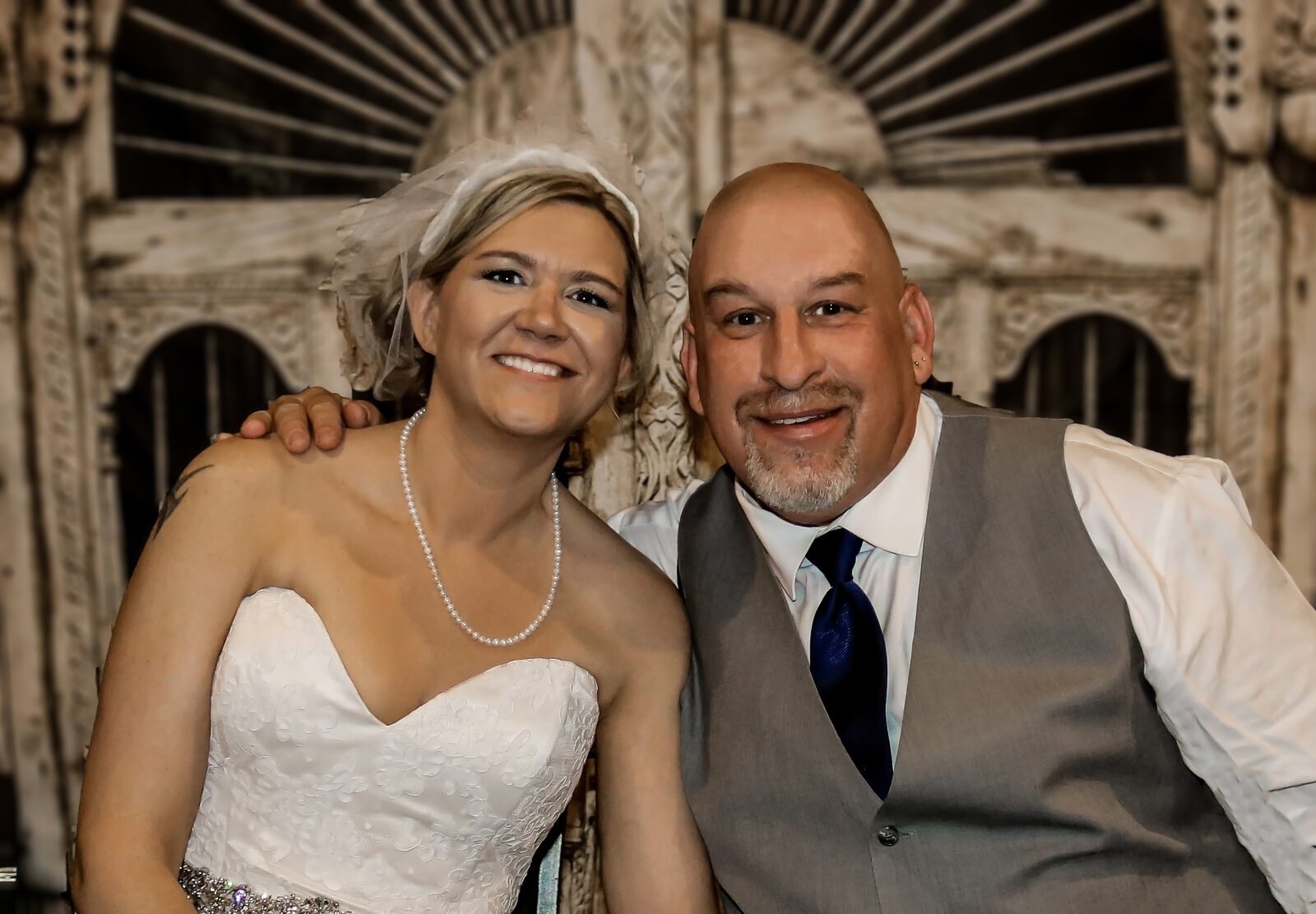 Carrie and Johnny's wedding was the perfect way to kick off the month of May!  Even though I was up late the night before with my previous wedding, I was ready and excited for their wedding.

I've been a DJ for many years and love what I do.  Throughout my years in being a DJ, Carrie has seen me at weddings, plus I've known her since 1986 because we went to school together and graduated the same year, so when it came time for her and Johnny's wedding, I was the DJ she wanted.  I was so happy to let her know that I was available.

After the date was booked, we kept in contact about their plans, then met at the Hampton Inn to go over everything a few days before their wedding.  It was a "vintage-themed" wedding and they had a lot of guests who were there to celebrate with them.  I knew a lot of the guests, too, so it was a blast visiting with them and entertaining everyone.

They had both their ceremony and reception at the Hampton Inn.  After the ceremony, they left to go take pictures, then returned for dinner, cake, and dancing.

Being a DJ, I talk with my clients about what kind of music they would like to hear at their events, and it's common to hear "country, 90's, hip hop, group dances, etc.," however, they were requesting that I play everything from today's music, to some tunes from the late '80s, and some old school big band (like Glenn Miller) since this is Johnny's favorite kind of music.  It was a good change to what I normally play.  During dinner, I played a compilation of Glenn Miller's songs and Johnny mentioned to me that he was happy that I was playing this kind of music.  Then, at the end of the night, I was visiting with Carrie and Johnny and Johnny was telling me that the first Glenn Miller song that I played at the beginning of dinner was the ringtone that he used to have on his phone for his grandma...so, that added an extra special touch to the evening that I had no idea at the time, but found out later, and it meant a lot to him.  It is amazing when things work out like that!!

Throughout the evening, there was lots of dancing and fun...and I ended up playing later than planned!  Becca from the Hampton Inn asked me for some business cards to hand out to future brides, too.  It was great working with her and Tammy again...and now that we are finally getting back to life as normal, I look forward to more weddings at the Hampton Inn.

Thank you, Carrie and Johnny, for choosing The DJ Music System for your wedding.  I wish you two the very best!! 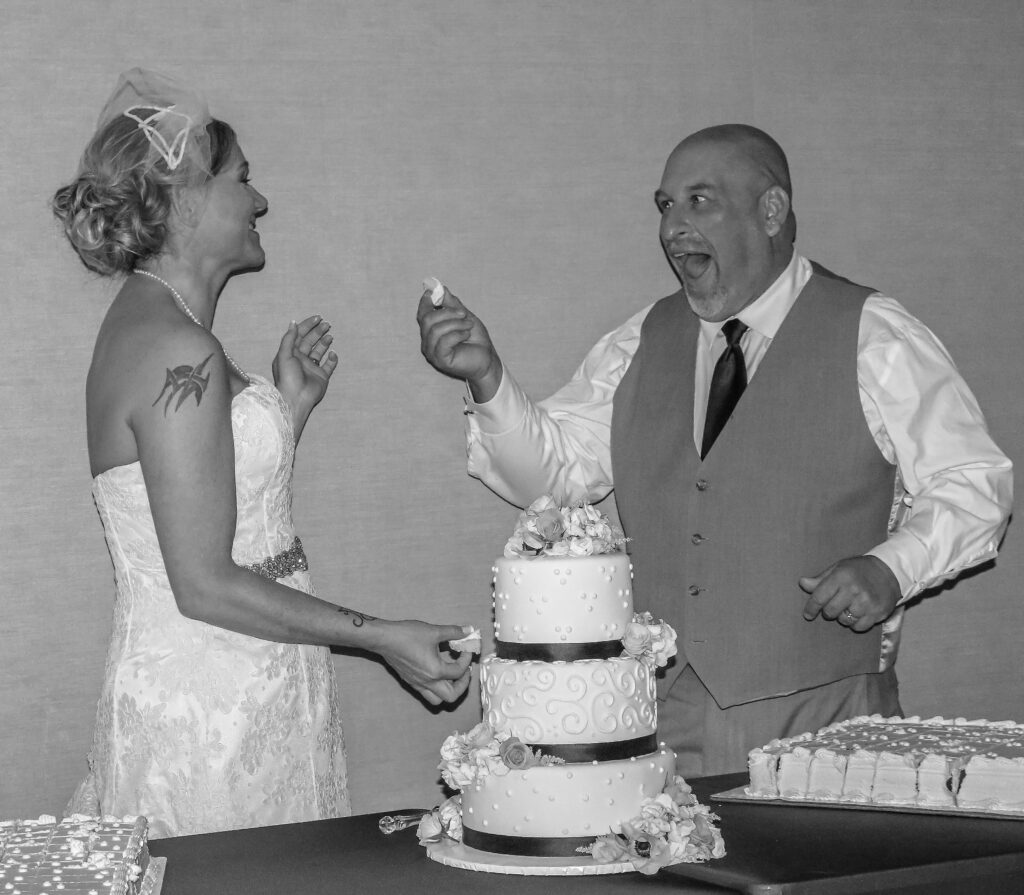 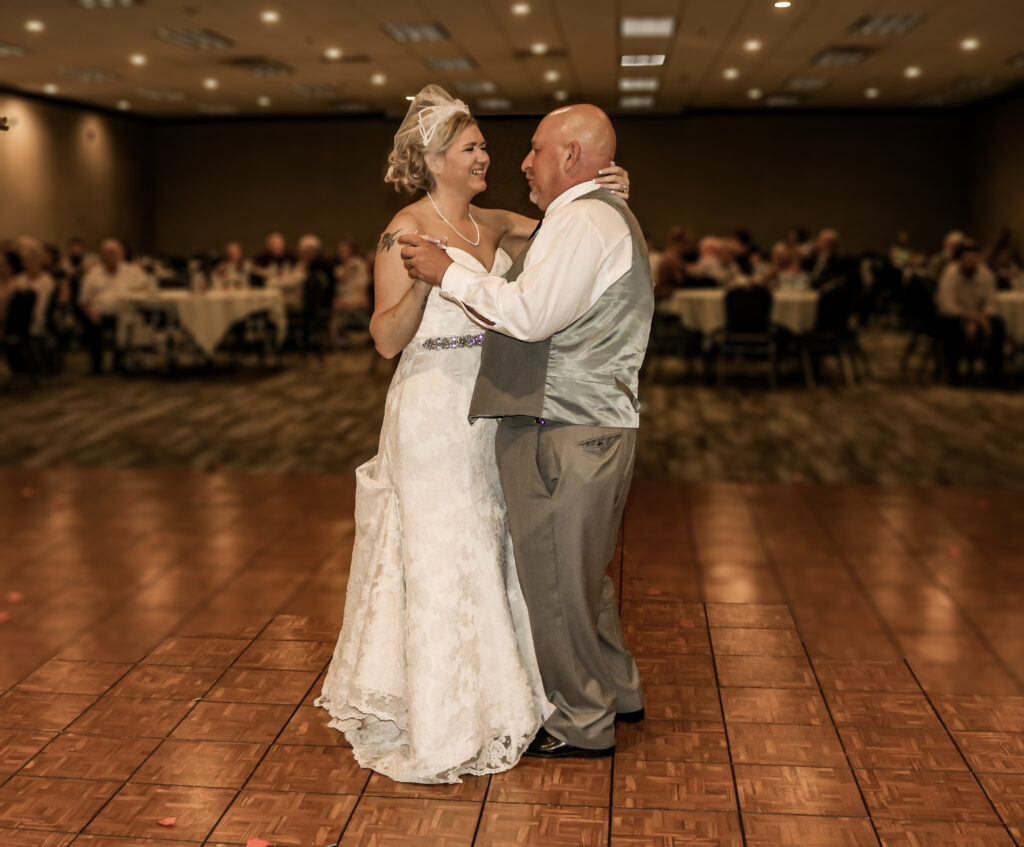 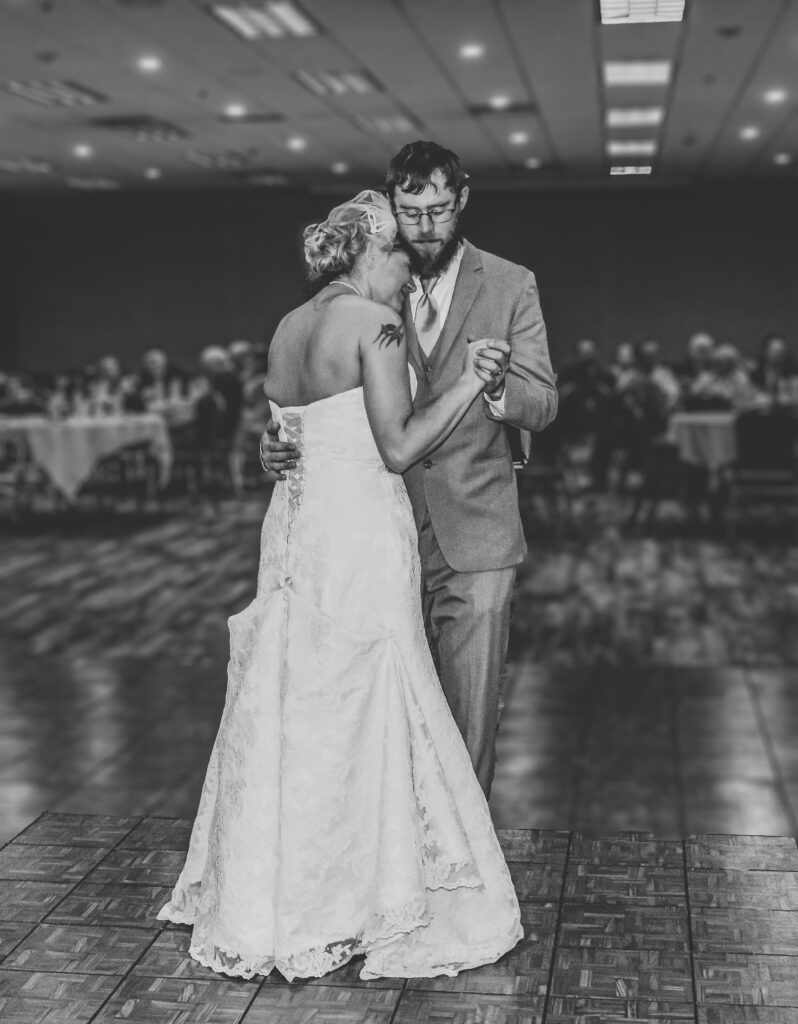 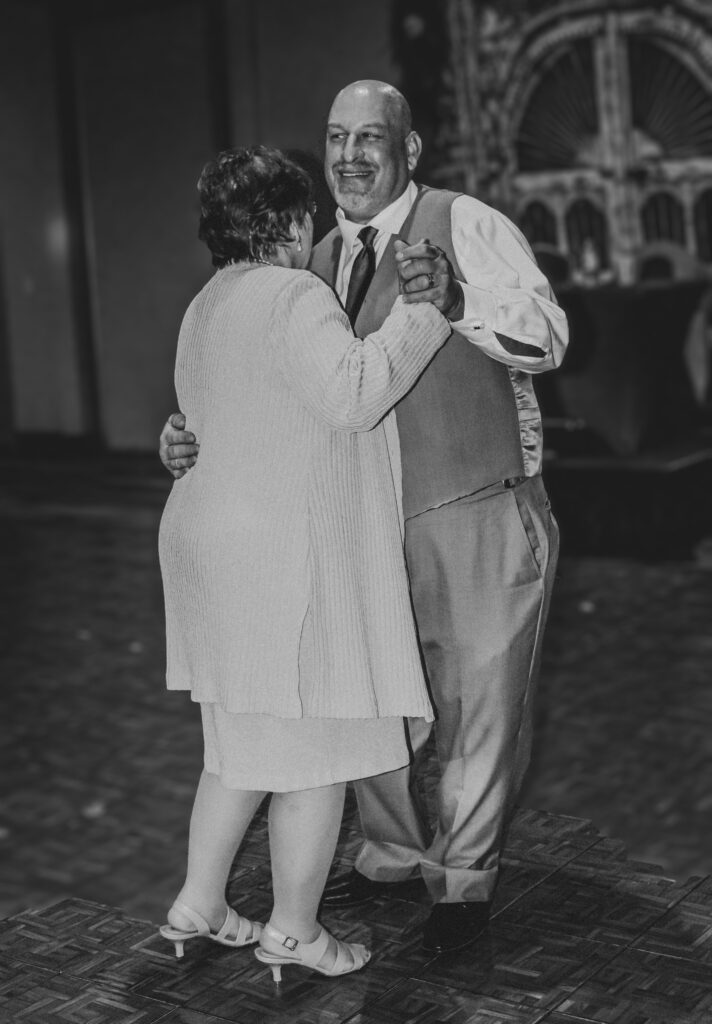 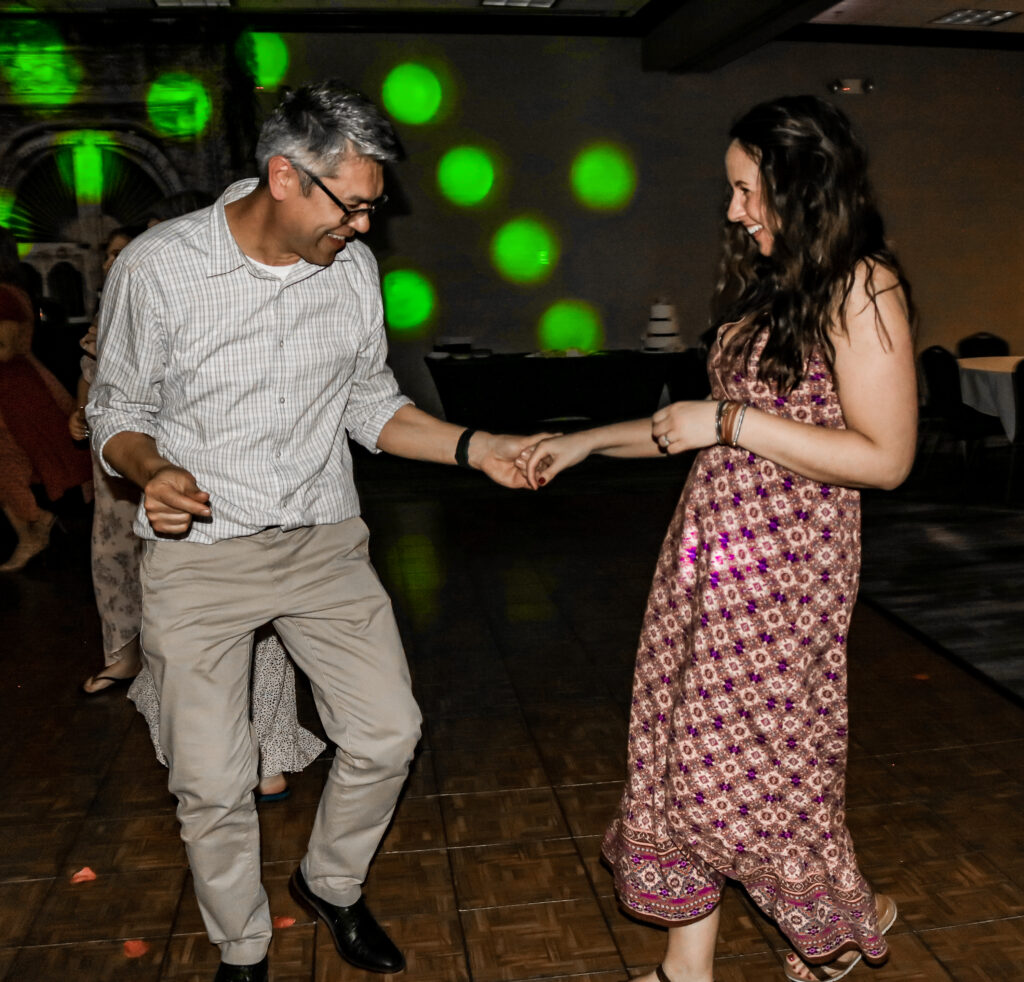 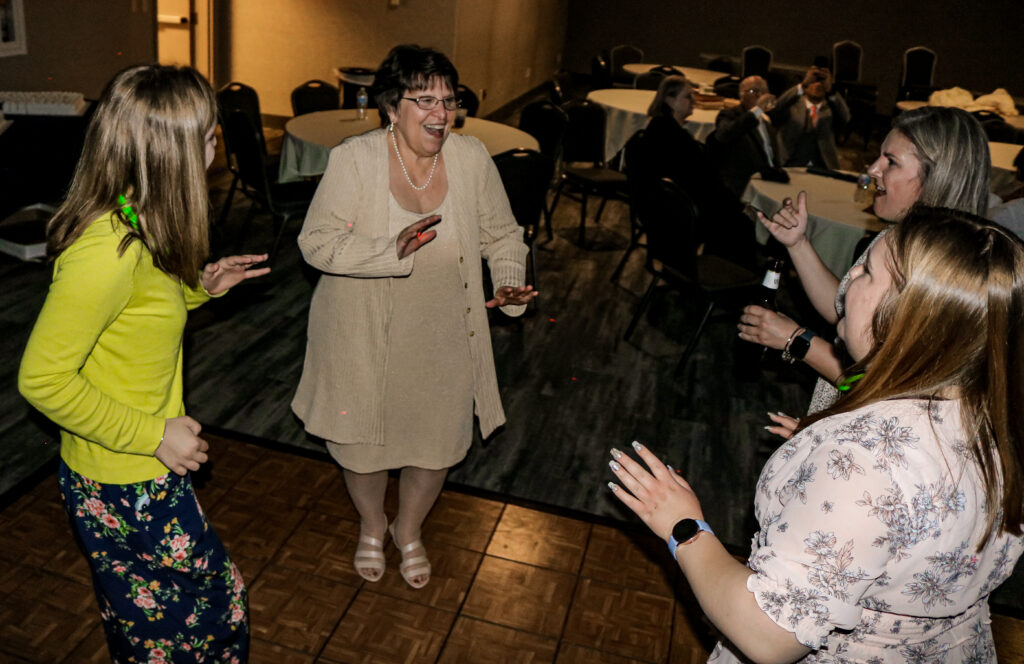 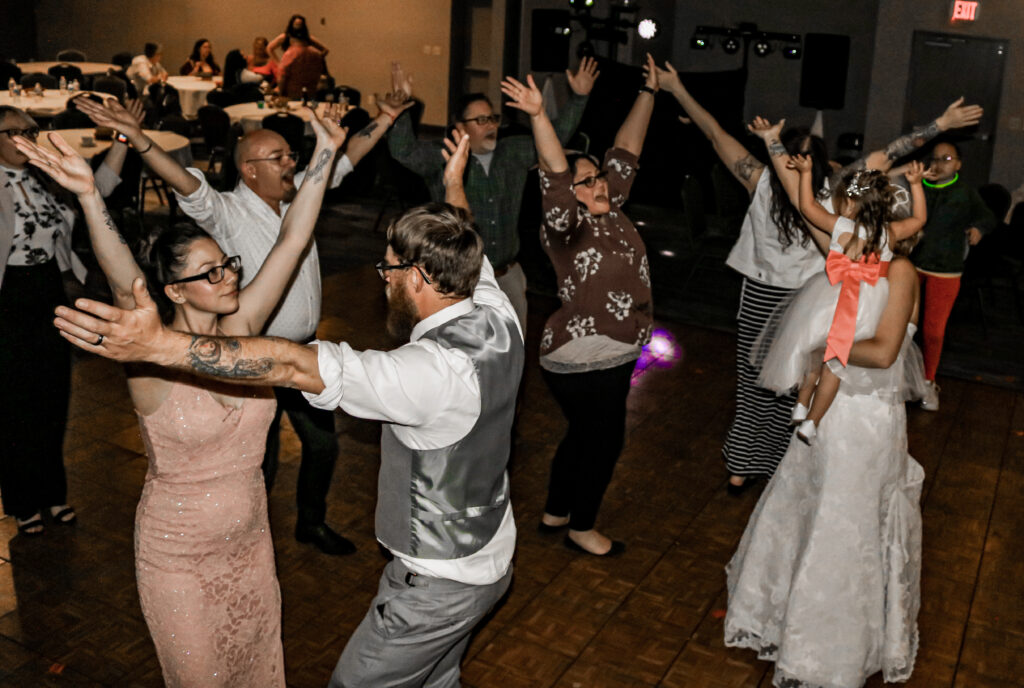 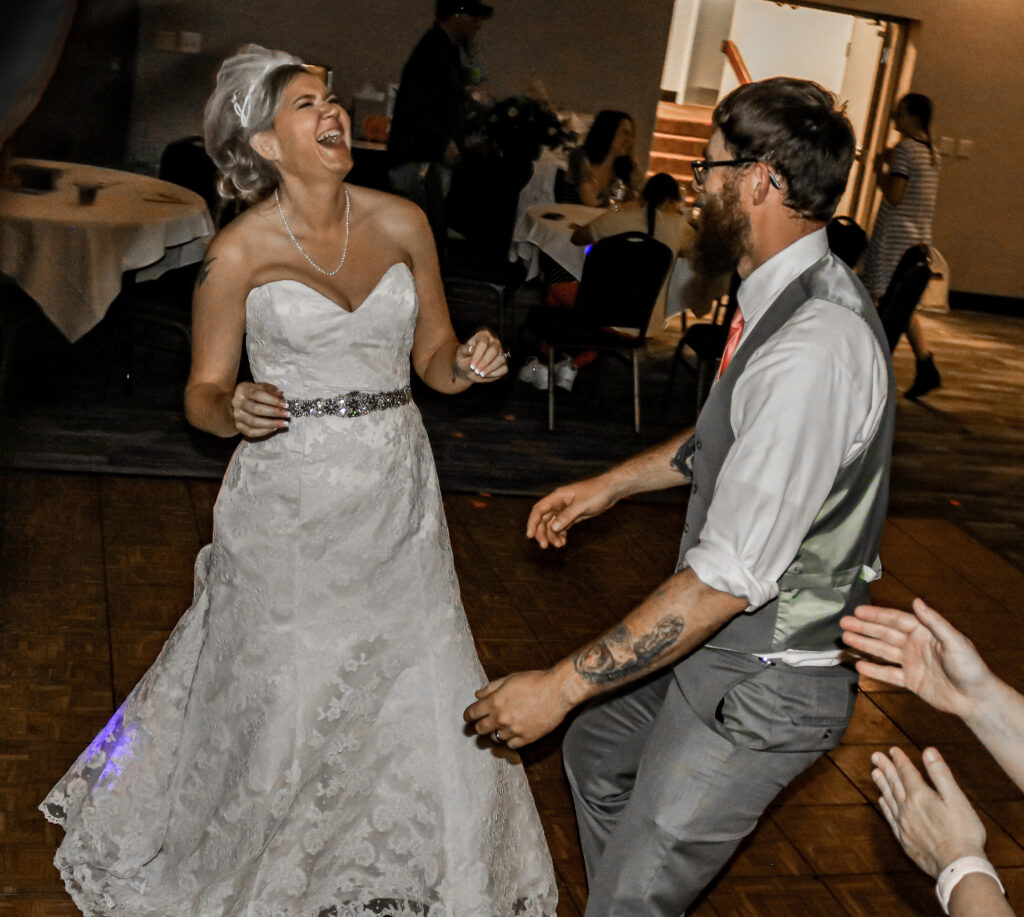